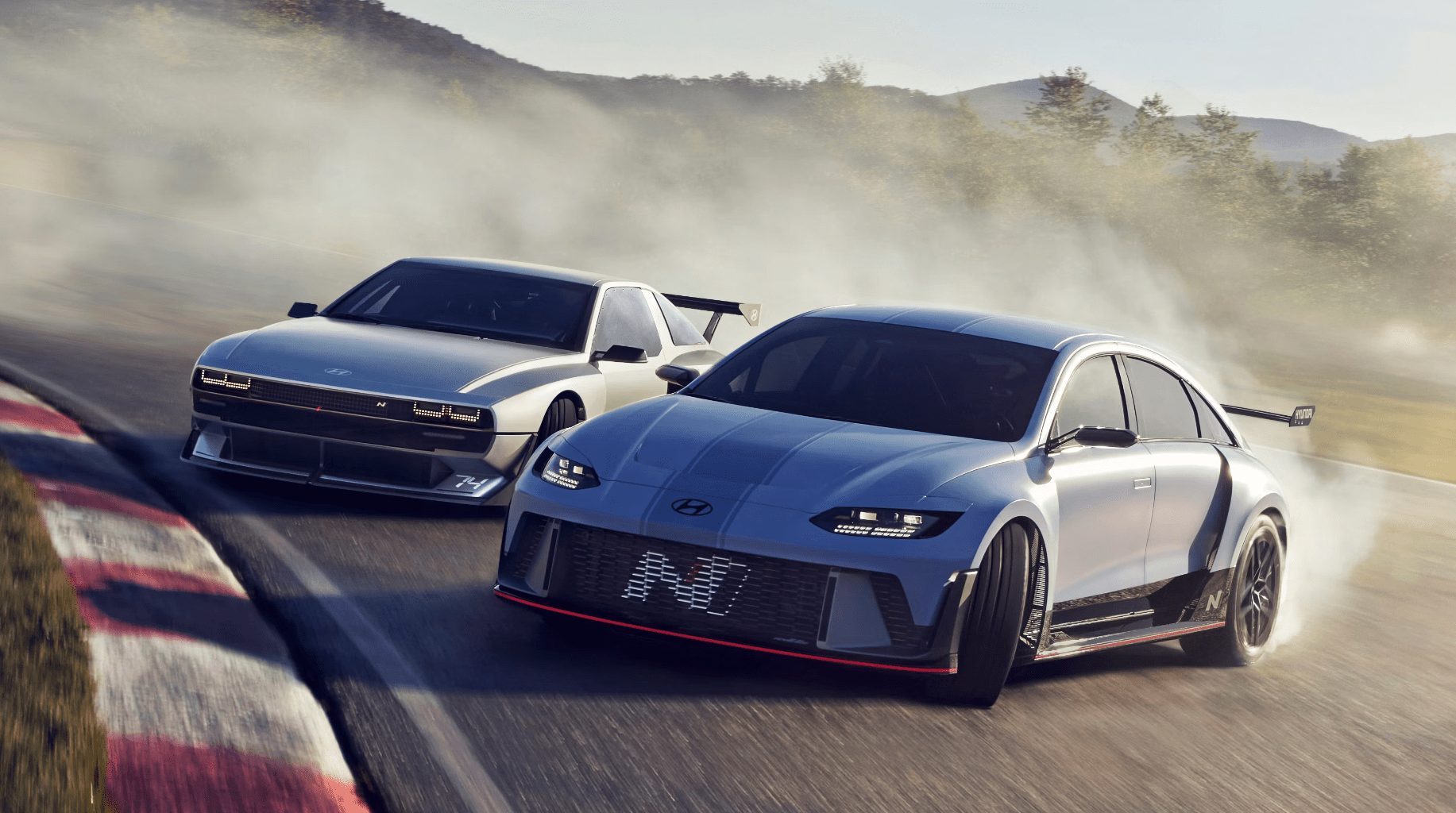 Why We Love The New Hyundai RN22e Concept

Concept cars are all about capturing our imaginations. We want them to be big and bold and to truly stand out from the crowd. Which is needed now more than ever, in a car world where so many designs are dull and drab. Unless you are Hyundai, however. Hyundai is just knocking it out of the park right now with their ultra-cool car designs, just take a look at the Ioniq 5 and the new Ioniq 6. Two of the best, if not the best, designed EVs in the world right now.

They’ve not rested on their laurels either. Hyundai recently unveiled two new concept cars. One was the N Vision 74, a hydrogen fuel-cell car inspired by the 1974 Pony Coupe concept and the N 2025 Vision Gran Turismo. The other was the RN22e, an electric powered concept using the Hyundai E-GMP platform and with the Ioniq 6’s body design. These are two of the coolest concept cars of 2022 and will likely be unbeaten. We’ve already explored the N Vision 74, so let's take a look at the RN22e and why we love this car so much.

Getting To Know The Hyundai RN22e Concept

The RN22e is all about continuing Hyundai’s vision on electrification. And they’ve certainly done it with a striking design. It is based upon the Ioniq 6 body, and utilizes the E-GMP platform that has been used so successfully in the Ioniq 5, will be used in the Ioniq 6 and has also seen use in sister company Kia’s equally brilliant EV6. Hyundai says the name signifies that the car is a rolling lab of the N brand, developed in 2022 with EV performance. But most people will be instantly drawn to that eye-catching design.

The car is quite striking. The design of the Ioniq 6 is very streamlined, which will help the RN22e leverage the aerodynamic features of the EV. There are plenty of motorsport inspired details too. The low ground clearance for starters, and the wide and sturdy stance with the broad and emphasized shoulders. The car properly stands out. A large rear wing at the back further adds to the motorsport look, as does the lower bumper. It isn’t as radical as the N Vision 74, but it is gorgeous and certainly one of the best concept cars we’ve seen in a long time.

The Specifications Of The RN22e

There is plenty to be excited about under the skin of the RN22e as well. The N range of Hyundai’s are developed with cornering capability in mind, and with the e-LSD, Corner Carving Differential on the RN22e, the concept will feel an utter joy in the corners. The RN22e is heavier than a lot of N cars, but Hyundai say that enhances its performances through the corners, also via it exploring torque vectoring by twin clutch. But to keep some weight down, Hyundai have used 3D printed parts that not only lower the overall weight but keep the rigidity of the car too.

As you might expect, the RN22e is all-wheel drive, which allows for fully optimized torque distribution via the different drive modes. Those modes allow the driver to choose the torque power on the front and the rear wheels of the car. Cooling and braking performance was a big focus given the cars track capability. Four piston monoblock callipers and a 400 mm hybrid disc give great braking performance, allowing the car to withstand the weight of its power electric system. But Hyundai is also using the car to study dynamic movement with regenerative-braking as we attack the corners and the car yaws.

Hyundai says that the RN22e has a 77.4 kWh battery pack with 800V fast charging capability. When it comes to power, the front and rear combined produce 430 kW of power and that propels the car to a top speed of around 155 mph, or 250 km/h. Away from the power, Hyundai are using the RN22e to really innovate. The car has Sound+, generating interior and exterior sounds for a dynamic driving feel, while the car’s N e-shift integrates the vibrating and shifting feeling of an N car via N Sound+. Even if you don’t like that sort of thing, the technology behind it is so impressive.

Hyundai Knocks It Out Of The Park

Hyundai once again have knocked it out of the park. They are currently the kings of electric vehicle design and this, plus the hydrogen N Vision 74 shows just how far other companies have to go to catch up. Remember, the RN22e is based on the upcoming Ioniq 6 and Hyundai’s actual production cars look just as good as both concepts. We love what Hyundai are doing right now, and no doubt they will keep knocking it out of the park for a long time to come.